Home » About Us » Our Midwives » Coralie Macqueen, CNM 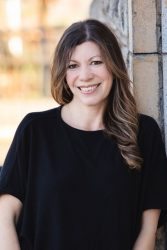 Coralie Macqueen, CNM (Cory), is a 2005 graduate of NYU where she received her Master of Arts degree in Nurse Midwifery. Cory was born and raised in Calgary, Canada, and attended undergraduate nursing school in Vancouver, where she discovered her passion for midwifery and women’s health.

For Cory, one of the many benefits of being a midwife is the bond she has with the families with whom she works. Making these connections with people is very important because it lays a foundation that helps eliminate much of the fear and distrust that is all too common on labor and delivery units today. Cory believes in a woman’s ability to make decisions regarding her care and her body. She also feels strongly about supporting the family unit as a whole, whichever way they define it. Being surrounded by her people enables a woman to feel safe and empowered during this transformative time. It is a beautiful thing to witness an empowering birth experience and Cory is continuously amazed by how strong women are. Birth is truly magical, and she is humbled by it every day.

Cory’s first job as a nurse was at a large women’s hospital in Vancouver on the labor and delivery unit. When her husband August was offered a job in New York in 2002, they jumped at the opportunity. Within six months of moving to New York, she enrolled at NYU for midwifery and started working in New York’s only in-hospital birthing center where she was able to work closely with a variety of midwives in private practice. One of the midwives (Sandra Woods) mentored Cory and took her under her wing in her first job at the very hospital where she had been a nurse. Cory stayed with that practice for 12 years as it grew to 5 midwives until it closed in 2019. Having lived in South Orange for many years, she took this opportunity to shift her focus closer to her community and is so happy to have found the Midwives of New Jersey. Cory previously worked with Amanda and Melanie at the birthing center in New York so MNJ immediately felt like home. Cory’s husband August, and two sons, Jacob and Ethan, are all very happy to have her closer as well!

Meet Our Other Midwives