Home » About Us » Our Providers » Marian Schlauch, RN 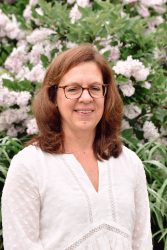 Marian attended Nursing School at The University of Rhode Island.  After graduation, Marian began her nursing career in a trauma unit.  After her and her husband, Eric had their first child, Marian began working on a postpartum unit; it was here that her true passion for birth and women’s healthcare began.  After the birth of her second child, Marian took a position in Labor and Delivery and then went on to care for the high risk antepartum patients at Saint Peter’s University Hospital.

After twenty years in the Hospital setting, Marian began the search for a more unique and excellent model of care for women’s health.  At just about the same time, the Midwives of New Jersey began a radio advertisement which inspired Marian to join the practice in 2013.