Is breastmilk the perfect food for a baby? Yes. Does breastfeeding provide benefits for both mom and baby? Absolutely. Is breastfeeding easy? Not one bit. I would know since I have three daughters. I failed miserably breastfeeding my older girls. As a new mom you deliver this perfect child and think that was the hardest work. You expect everything else to fall right into place effortlessly.

My first baby left the hospital being supplemented on formula. With my second, right before I was discharged from the hospital, I vividly remember Cindy telling me, more or less, “Just give it two weeks. In two weeks it will come much easier”. I know now that she was absolutely right. But with my second daughter I made it to day six. I gave up again. I couldn’t see past the sore, cracked and painful nipples. I pumped some milk that day because I was so engorged. My milk was pink from my bleeding nipples. I thought to myself, “How can I feed my daughter this milk”? So I sent my husband to the store to pick up formula and that day our breastfeeding journey ended.

Four years later I became pregnant with my third daughter. This time I was determined to breastfeed. I made a decision that nothing would stop me. I wasn’t even going to entertain the idea of formula. I even refused to buy bottles. During this time I read so much about breastfeeding. How good it was for the baby, for the mom and how nothing else compares to the mothers breastmilk which is specifically designed and tailored to that baby. Nothing was going to stop me this time. And nothing did. I delivered my third daughter at 3:21 am and she latched on almost immediately. I’m pretty sure she didn’t unlatch until we put her in the car seat to go home. Before we even left the hospital my nipples were hurting. Cindy also discharged me this time and told me that every week in the Midwives of New Jersey’s Hackettstown office they hold a Lactation Circle for moms who need help breastfeeding. I went home and struggled. I wasn’t going to pump this time. My nipples were in pain. They were cracked and bleeding again. It was a pain I was all too familiar with but it wasn’t going to stop me this time. 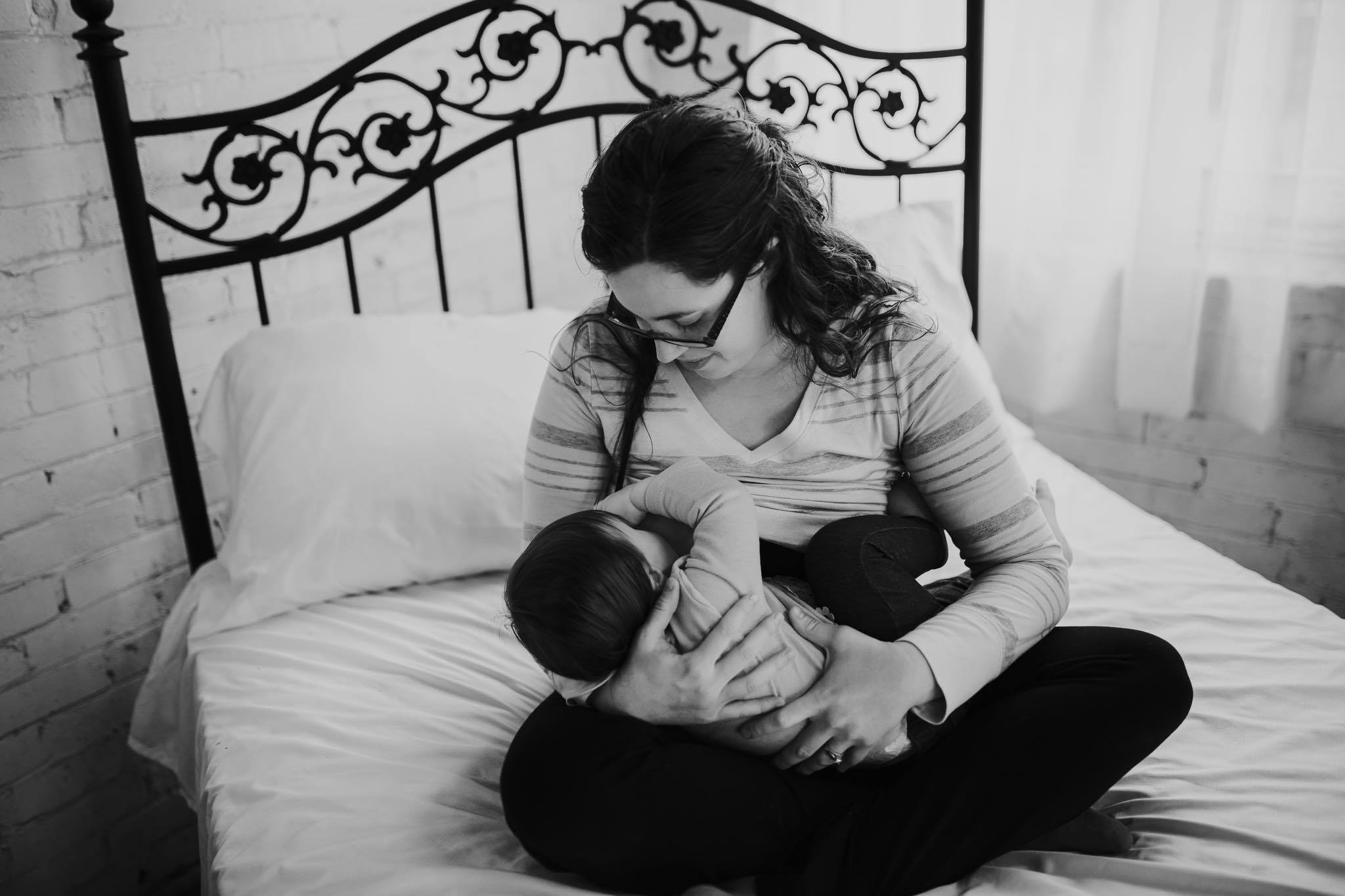 The Tuesday following the birth of my daughter I got her in the car and off to Lactation Circle we went. I really didn’t want to leave the house but I didn’t want to give up on breastfeeding more. I got to Lactation Circle and there was one other woman there with me. We both sat and fed our babies while working out our difficulties. During that hour I was given triple nipple cream then went home and started to heal. By the following Tuesday I was feeling better, I’d been breastfeeding for about a week and a half now and was healing. It would be about another week before I was completely healed but I had already made it further than I did previously. I was really proud of myself but still felt the need to attend Lactation Circle. Just knowing that I wasn’t the only one trying to overcome the first few weeks of breastfeeding was calming and reassuring. I probably attended Lactation Circle every week for three months. 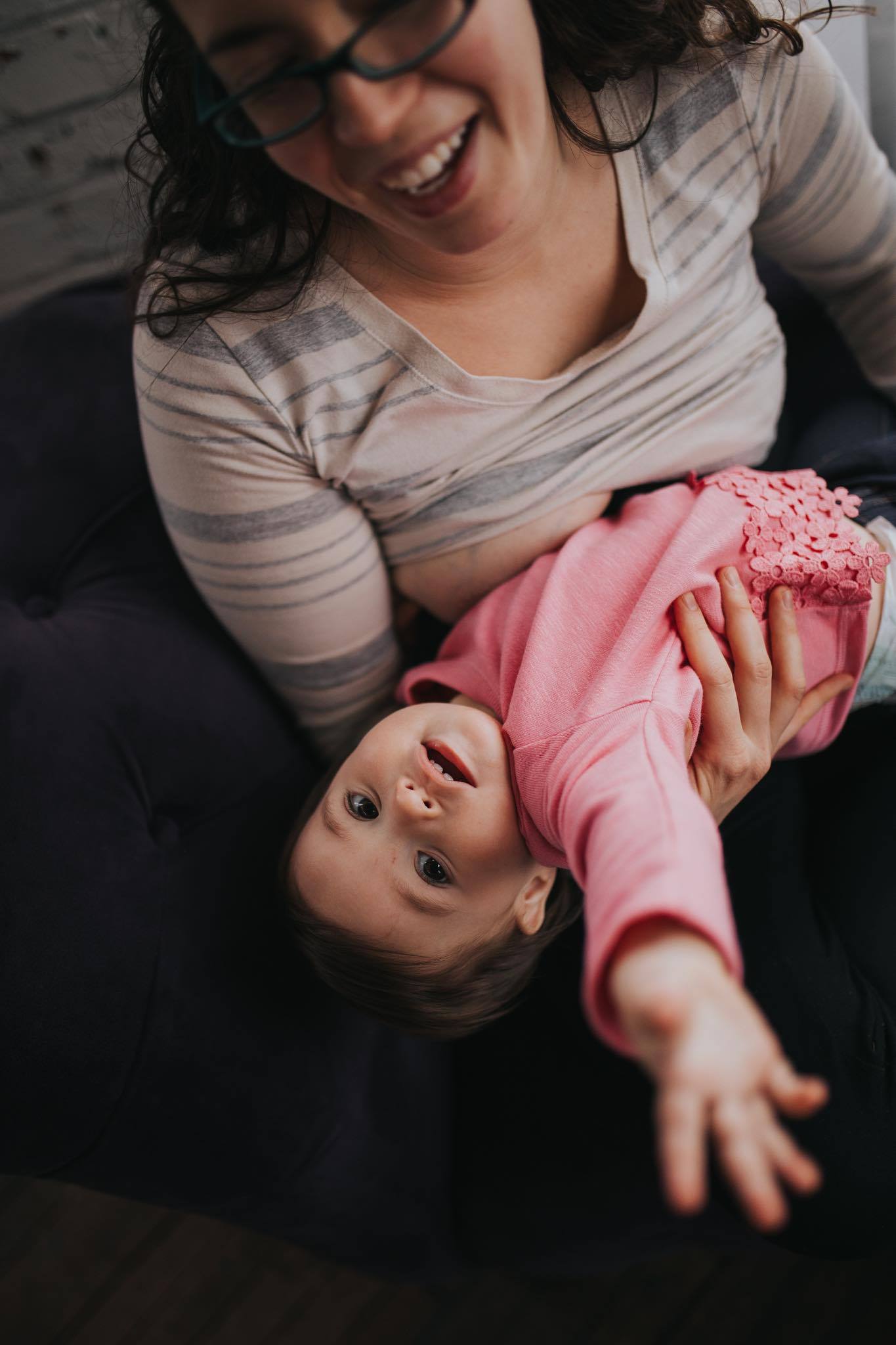 In those three months, I was able to work out any breastfeeding problem I was facing. With confidence, I knew I had someone to count on to help steer me to success. I overcame the hurdle of breastfeeding, my baby and myself developing thrush, and my daughter developing a dairy intolerance. My youngest daughter is now thirteen months old and we are still breastfeeding multiple times a day and I can’t see that ending very soon. Breastfeeding has not only given me a sense of confidence but also an undeniable bond with my youngest child. Those first few months taught me that with sheer determination and the right support system, that not only myself, but many other women can succeed.

How to Get into the “Birth Zone”
Next Post: OB’s Encouraged to Use a More Hands-Off Approach-To Act Like MIDWIVES