If you were unable to attend the Improving Birth Rally on Labor Day, we are publishing Lisa Lederer’s speech. 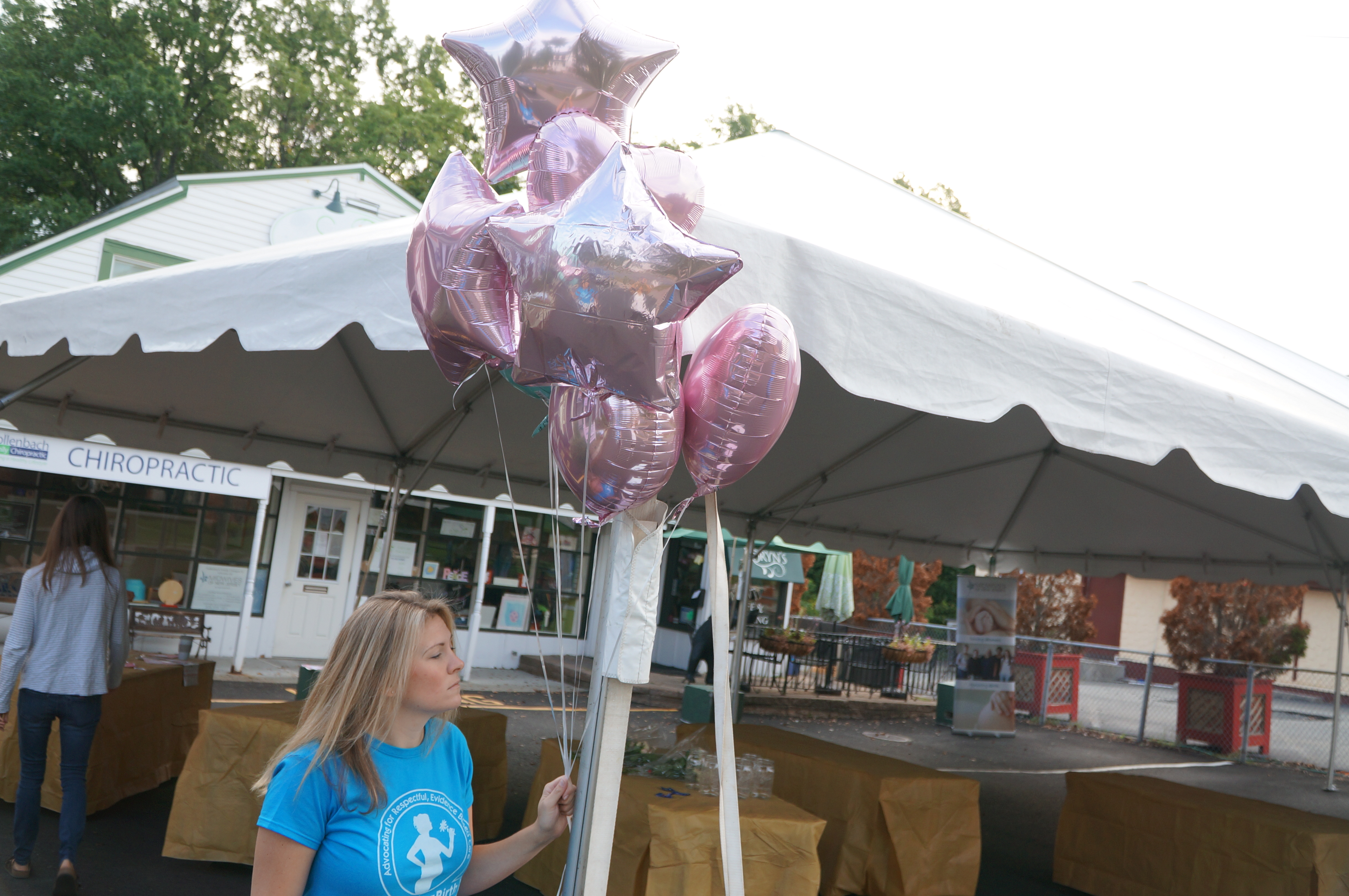 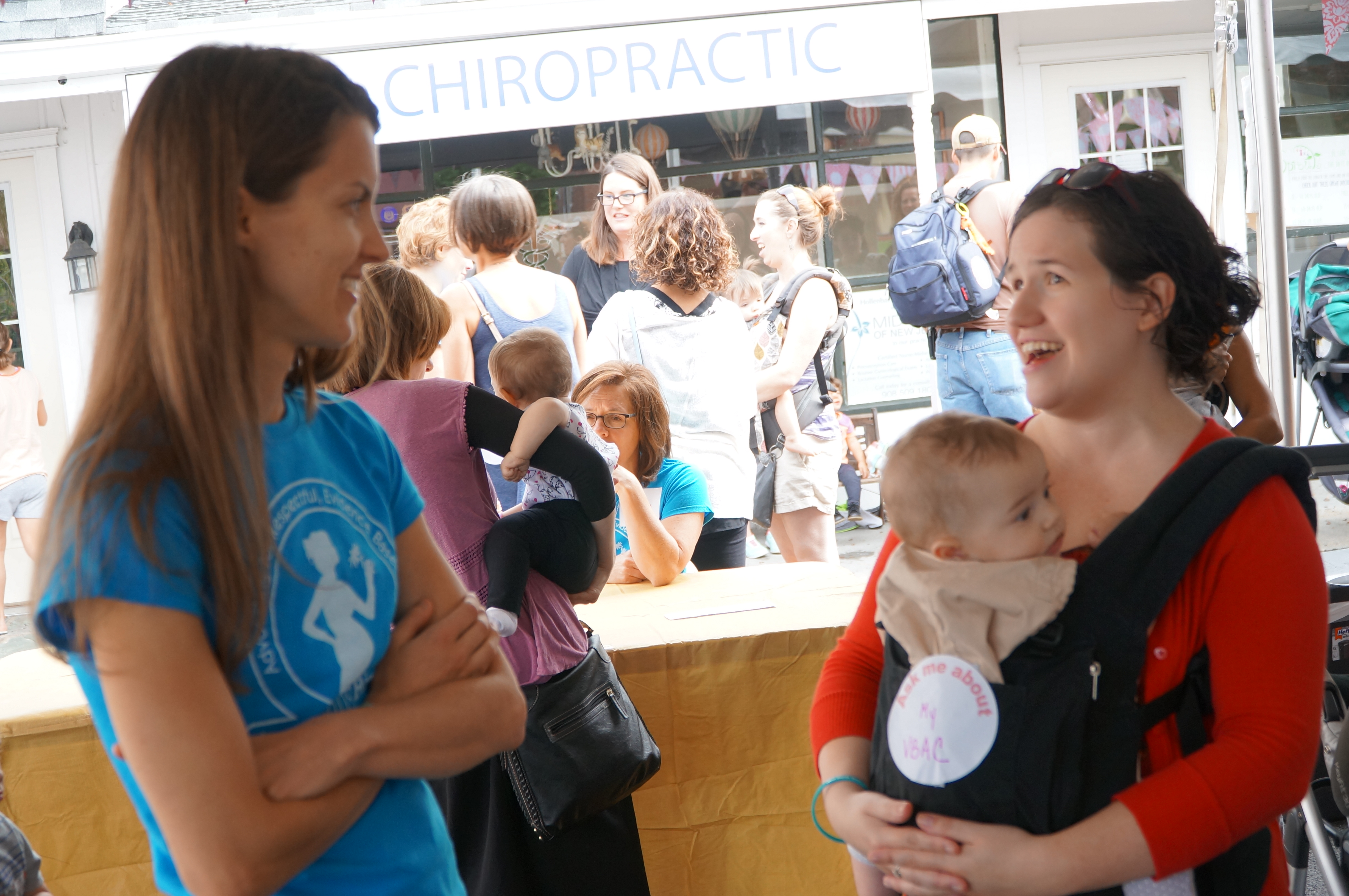 Hi everyone. Thank you so much for taking time at this busy time of year to attend this very important event. The Midwives of New Jersey and our staff are very certain that change is in the air for childbirth and organizations like Improving Birth are helping us to finally gain the momentum that we need to ensure that women are able to choose the evidence-based care that they deserve or even to choose what is not proven by science but is right for her.

My name is Lisa Lederer and I am a midwife. My journey began very much like everyone else’s – the day I knew that I was pregnant with my first child. My thrill tempered by my fear of the unknown.

As it goes with most women, I sought out care with a physician and believed I was making a better choice for myself because she was a woman. But I got the same as anyone else in the end – a cesarean section for a breech baby. No external cephalic version was ever offered or even discussed. Even though my baby was known to be in a breech position for my entire 3rd trimester, no suggestions ever came for turning the baby while she was small. I came to know later that there was another MD in the hospital that routinely and expertly performed versions. She never offered that to me.

I went to the OR and delivered my baby. The surgery itself was not really that bad. But I had a hard recovery with a lot of pain. This was 26 years ago so my hospital routinely took my precious child away from me to the nursery…I walked several painful trips to look at my own child locked behind glass out of my reach.

So for the next baby, I adamantly wanted to avoid another cesarean so I was very lucky that the early 1990’s was the time of the VBAC. I found midwives in a birth center to attend me and I was able to deliver my baby while holding on to the anchor of strength, my midwife-Lisa Fraine. I rode my “birth-high” straight into midwifery school. I told my husband that I was either having 10 kids or I was going to be a midwife and the man got me into midwifery school by the time the baby was 15 months old!

I have been a midwife for the past 22 years. The first 20 years, my husband and I have been working to raise our 4 daughters, but the next 20 years, God willing, I intend to Improve Birth right here in New Jersey!

New Jersey needs a lot of help. Being the most litigious state in the Union, the providers and nurses work terrified of being blamed if something untoward happens. We need change in our laws that allow women to make choices that their providers do not agree with and then not hold the providers liable for those same decisions. 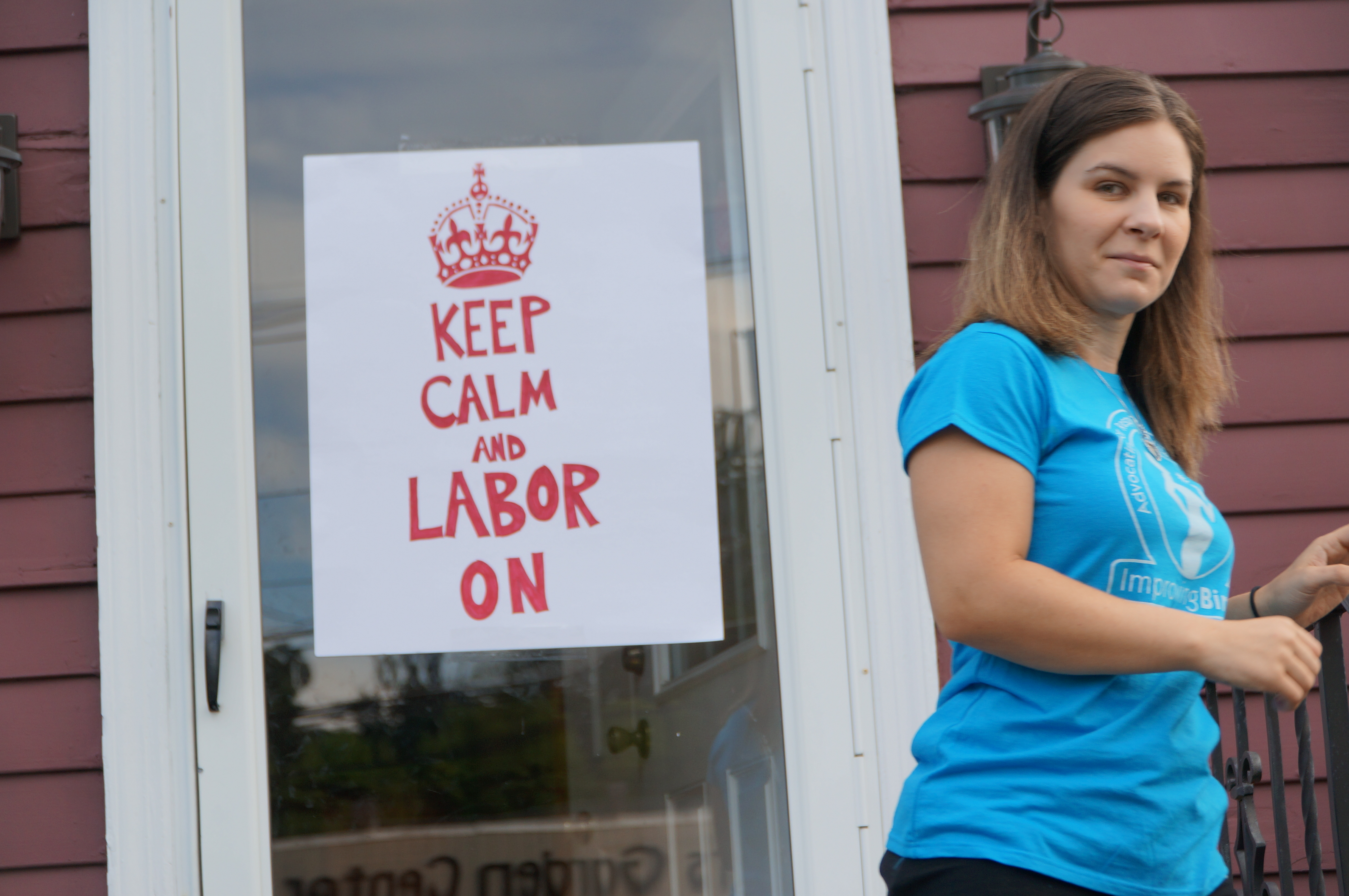 So this rally is a fundraiser for Improving Birth. We are hoping that New Jersey can make a good showing in the Rally’s across the country. We have 1800 clients in our contacts. If everyone gave just $10, we would have 18,000 dollars to send to this wonderful organization. Obviously, that is not going to happen but I hope that we can raise at least a couple thousand dollars to help them continue their work in the next year. Please donate even if you were unable to attend the Rally. We will wait until the 9/9 to award the prizes for the largest donations! 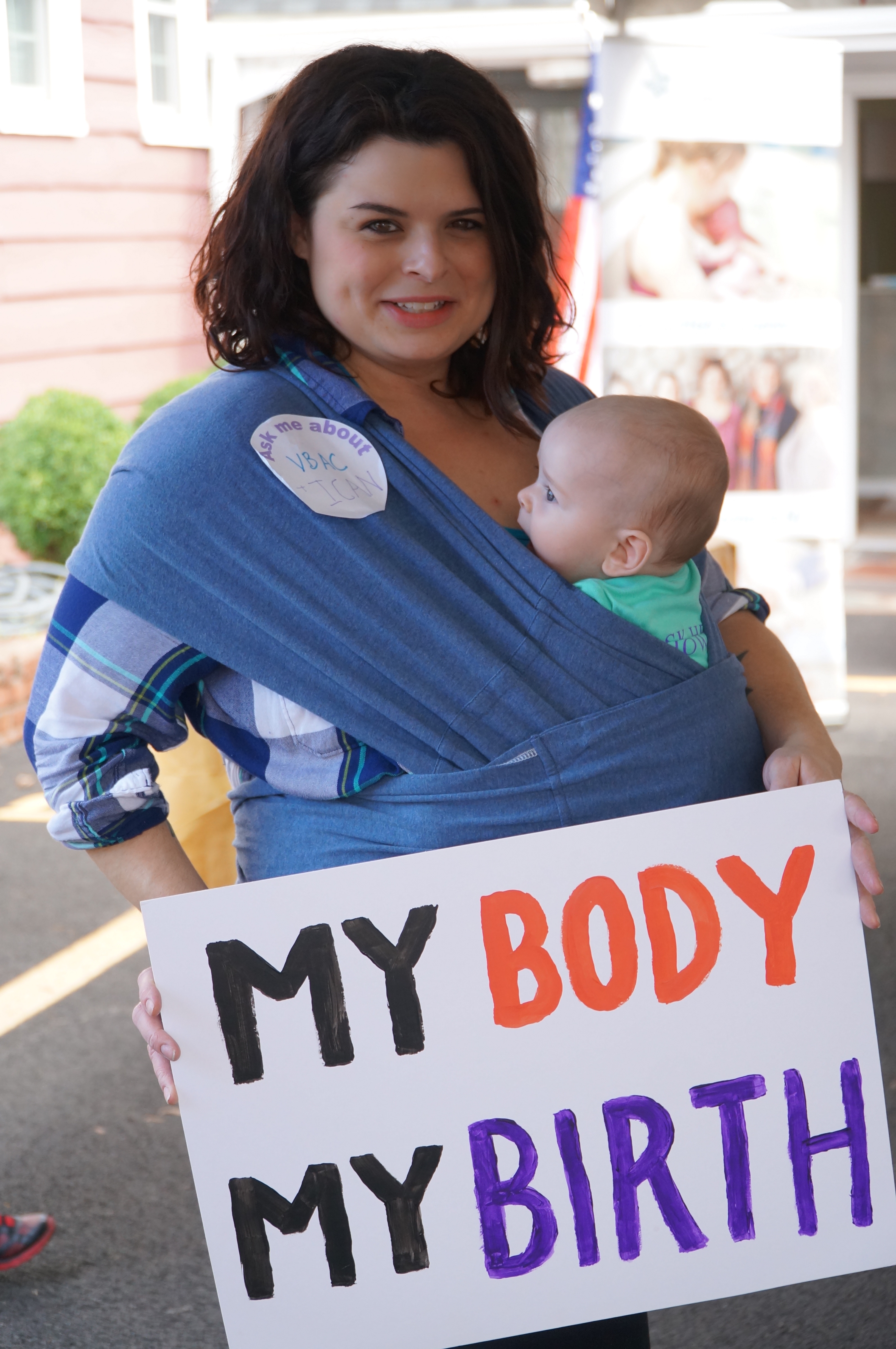 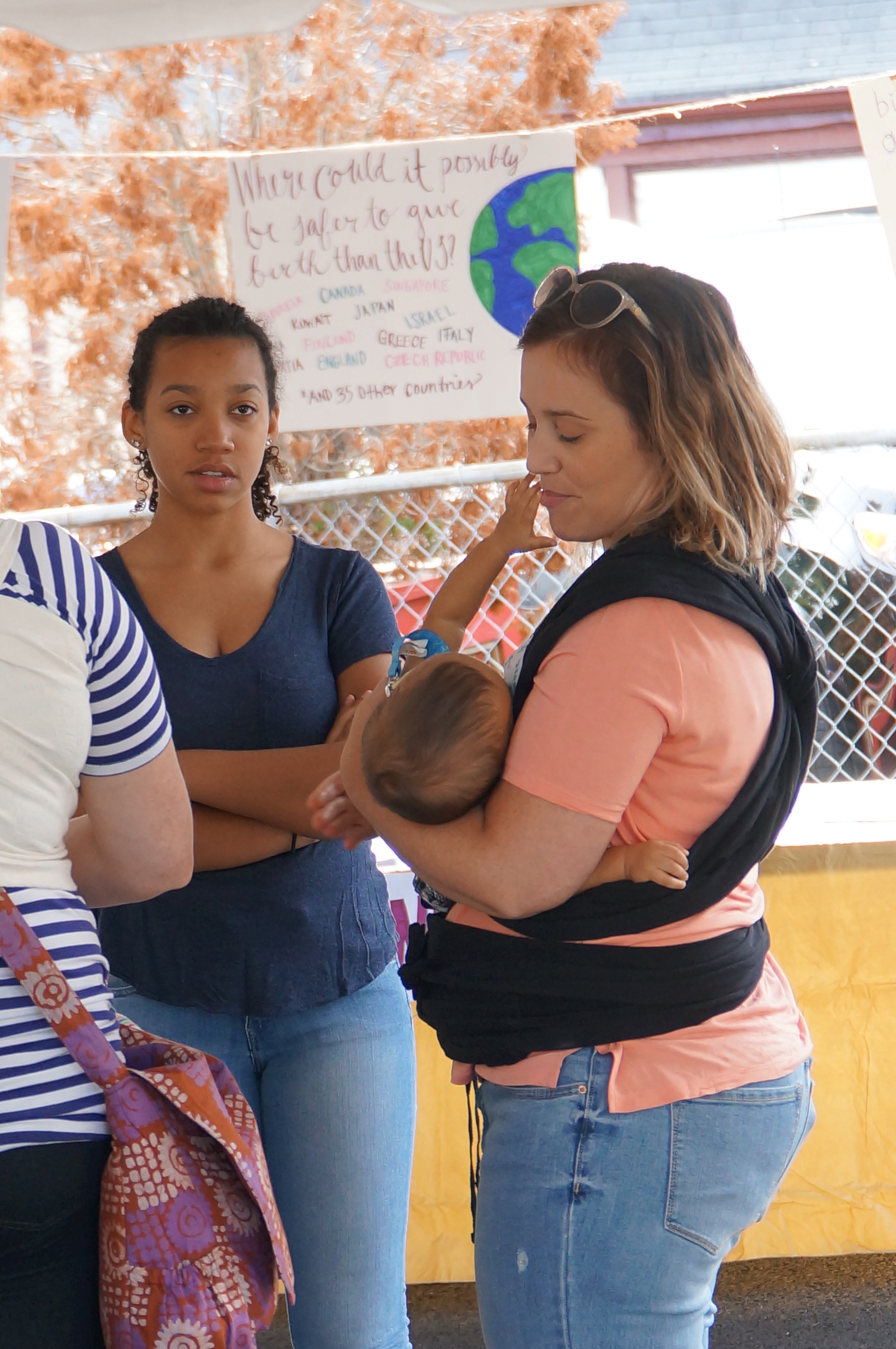